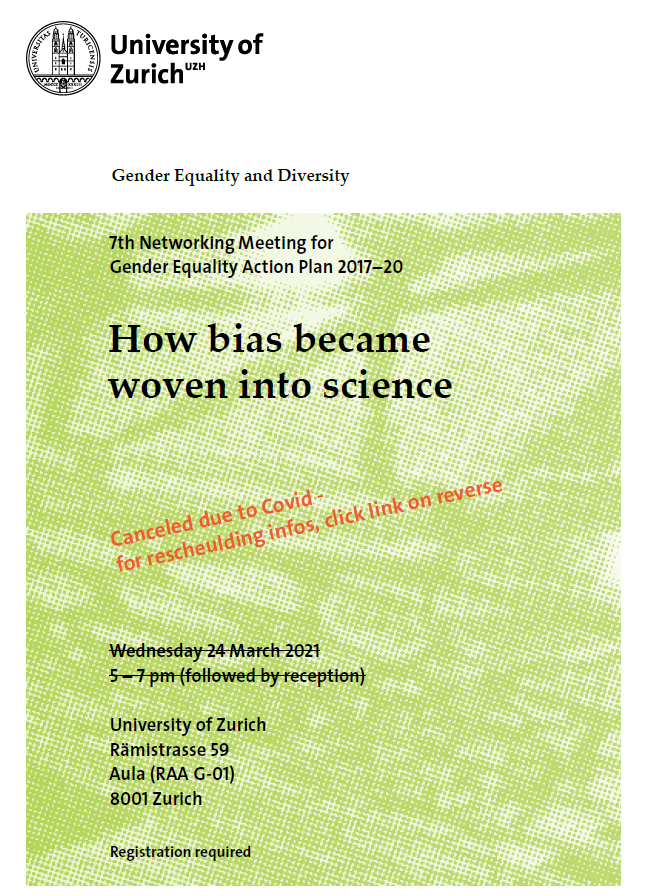 Canceled due to Covid-19. Circumstances permitting, the meeting will be rescheduled in the second half of 2021. Please watch this space for updates. 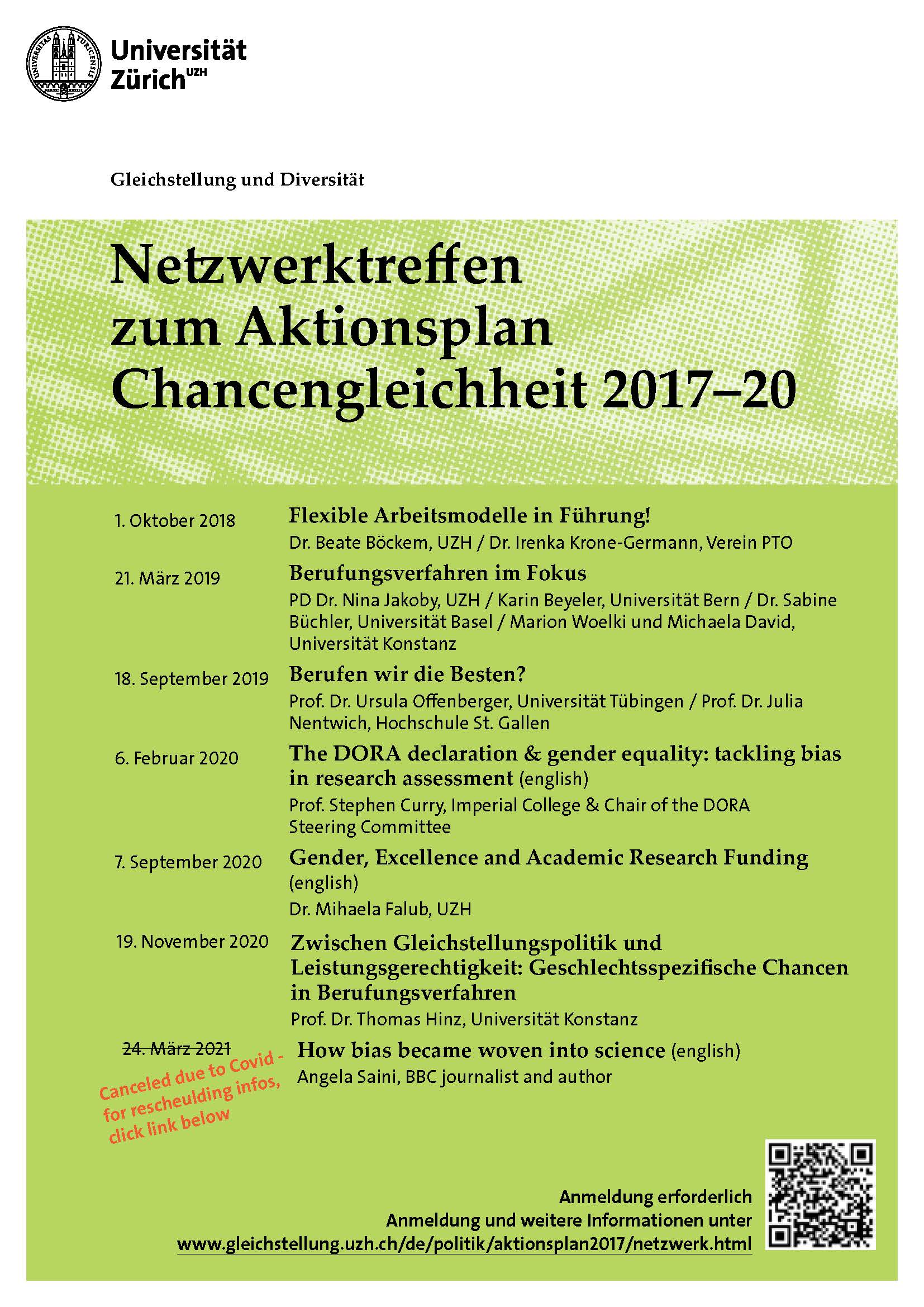 The Office for Gender Equality and Diversity organizes informal meetings for UZH staff and students about the action plan and its progress. The aim of the meetings is to foster and further the UZH conversation on gender equality by bringing together people from different UZH units. The presentations will usually be held in German, but members of the audience can ask questions etc. in English.

Canceled due to Covid-19. Circumstances permitting, the meeting will be rescheduled in the second half of 2021. Please watch this space for updates.

Science - and some scientists! - have a dark history when it comes to human differences, with researchers in the past, and even today, abusing data and concocting theories that have perpetuated racism and sexism. In this talk, Angela Saini draws on her award-winning journalism and books to tackle the core issues surrounding bias in research and the misuse of science for political ends, both historically and in the present time.

Angela Saini holds a Masters in Engineering from Oxford University and was a Fellow at MIT. She is an independent British science journalist and author who presents science programs on BBC TV and radio.

Her writing has appeared in The Guardian, The Times, Prospect, New Scientist, Vogue, Science, and Wired, etc., and she has won a number of national and international journalism awards, including the American Association for the Advancement of Science Award for radio science journalism in 2015, and the Physics World’s 2017 Book of the Year Award.

To date, Angela Saini has published three books, all of which were received with widespread critical acclaim. In Superior: The Return of Race Science (2019) and Inferior: How Science Got Women Wrong (2017) Angela Saini shines a harsh light into some of the darkest corners of science, whereas Geek Nation: How Indian Science Is Taking Over The World (2011) explores the fascination with science and technology in a highly religious society. Angela Saini’s work has been translated into several languages.

Please register with Karin Gilland Lutz with to receive automatic information about the meetings.